Selected links to the SMART Lab in the media:
(Listed Chronologically)

Ever wonder why music makes us feel such powerful emotions? How can we use music to help people living with communication deficits?

Frank Russo discusses the effects of music on the brain with Chris Micheli and John Griffiths!

Globe and Mail; Living in a world without sound. Story by Dene Moore.

More than other social activities such as team sports or card games, group singing seems to have the ability to generate feelings of social connectedness, says Dr. Frank Russo, a professor of psychology at Ryerson University.

Reshmi Nair speaks with Dr. Frank Russo, a Professor of Psychology at Ryerson who is studying the effects of group singing, particularly in older adults with communication disorders like Alzheimers and Parkinsons.

Looking for connection with others this holiday season? Professor Frank Russo on why it’s good for you to get out and sing your heart out with others.

Big Break: The Acting Game is an educational app that supports social communication skills in children and teens. Although the game can be enjoyed by anyone, it is ideal for children with communication difficulties, including children with autism spectrum disorder (ASD). Most individuals with ASD face challenges in typical social interactions.  TELUS’ contribution supported program design and delivery of the app, its development, and the creation of a program guide.

Researchers at Ryerson University’s SMART Lab are making more than just music. With the help of the Chang School, industry partners, and a couple of dozen or so seniors, they’re making a social impact as well.

Can drama and music help the emotional responsiveness of children with autism? This is the question behind “Big Break: Singing and Drama” camp, a program that engages preteens and teenagers (ages 10-14) living with autism in singing, acting and movement games.

Healthy Hearing interview with Professor Russo and graduate student Ella Dubinsky. Singing may benefit your hearing by improving the way you understand conversations which take place in noisy places— and it’s fun!

NPR interview featuring the SMART Lab, Ella Dubinsky’s master thesis work on music and hearing loss, and the Ryerson Chang School 50+ choir. (To listen to the 8.15 minute interview, press the blue and white “play” button beside the title)

The Agenda in the Summer welcomes Falconer as well as Frank Russo, psychology professor and director of the SMART Lab at Ryerson University to discuss the science of tone deafness.

Article on Falconer’s book “Bad Singer” describes Emoti-chair and our research on non-auditory aspects of music.

How Music Affects Your Brain And Body (November 2015):

Associate Professor of Psychology and Founder of the SMART lab, Frank Russo, joins Melanie Cole, MS, to discuss how music can affect your brain and body.

What’s Happening in Your Brain and Body as You Listen to Music (November 2015):

“The effect of music on the brain or body depends in part on its genre,” Frank A. Russo, PhD, associate professor of psychology at Ryerson University, tells Yahoo Health.

A choir of Canadians with Parkinson’s disease is helping researchers test how well the performers regain facial movement to express emotions.

emerging field of neuroanalytics is helping us to better understand our emotional reactions. A team of researchers at Ryerson University’s SMART Lab is collaborating with WaveDNA to put these new techniques to work, gaining insights into what we feel when we listen to music. 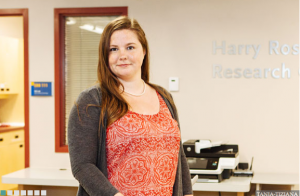 Several Toronto organizations have positioned themselves at a critical juncture to help children with sensory integration, emotional perception, and communication issues faced as a result of an ASD diagnosis.

electronic music in Ottawa is rising — as is its go-to drug, MDMA. This article, in which author David Meffe explores the local scene following the tragic death of a friend, first appeared in OTTAWA Magazine’s May issue.

University Affairs- How music affects the brain; Canadian researchers lead the way in understanding the neurological, psychological and cognitive basis of music

Beside the front doors of the Montreal Neurological Institute and Hospital, perched on the south side of Mount Royal overlooking the city, is a quote from the institute’s famous founder Wilder Penfield: “The problem of neurology is to understand man himself.”

For many audience members, the appeal of the concert hall is its status

as a mostly technology-free zone. Where else do crowds collectively shut off cellphones to be truly in the moment? But technology is increasingly prevalent in our lives, and its presence in the concert hall is inevitable.

Maclean’s Special Ebook: “The New Brain” (2013): Join us for a giant brainstorming session on what the world’s neuroscience superstars are keeping top of mind.

What’s up Yukon- Rekindling a passion for culture (February 14, 2013): The students of Eliza Van Bibber

School, along with numerous supportive partners, are reviving the cultural wellbeing of the community through traditional practices. It started with a music psychology student from Ryerson University in Toronto. Arla Good had the incentive to learn about the traditional music of the North.

The GRID- Nursing home confidential (January 22, 2013): Nightclubs and concert venues aren’t the only places aspiring and established performers ply their trade. We take a look inside the surprisingly rich and varied seniors’ entertainment circuit.

impairment benefit from singing (December 29, 2012): Music might help people with cognitive impairment, including Alzheimer’s and Parkinson’s disease, a study suggests.

The Synapse Magazine- Frontiers of Cross-Modal Display: The Emoti-Chair as a Model Human Cochlea (September 27, 2012)

Music Education & Cognition (C-MEC) is currently offering music lessons for special needs children in the greater Toronto area and is researching how these children benefit from a musical education.

Maisonneuve Magazine – Face the Music (Apr 2, 2012): How can someone who passionately loves music also be a terrible singer? Tim Falconer takes up voice lessons—and discovers the surprising science of tone deafness

Studiofeed -The Power of Creativity (April 2012): In The City: Sick Kids Art and Music Showcase

Studiofeed – Music and the Brain: The SMART Lab (March 2012): Why do you listen to music? If you are like thousands of other Canadians, your answer may lie in music’s perceived ability to regulate your mood – to cheer you up or to calm you down.

CBC Radio 1- Here and Now (January 2012): For many people, the hum and buzz of the city is just noise pollution. But it’s music to the ears of some Ryerson researchers.

BlogTO – Listening in on the Toronto Sound Map (January 2012): The sound of the street — the swish of passing cars, the rumble of the subway and the chatter of strangers — is something as city dwellers we all experience on a daily basis, whether we choose to or not.

Toronto Standard – Raving with the Deaf (December 2011): Sencity has put on raves for the deaf in Mexico, Brazil, Finland, Spain, and South Africa, with Montreal on the agenda for 2012. What, no Toronto?

Toronto Star- Birds, Humans Share Musical Habits, Researchers Find (October 2011): The shared musical taste of birds and humans seems to be the product of physical characteristics common to both creatures, they say.

he Eye Opener- Ryerson Presents at Nuit Blanche (October 2010) : Songs for the deaf? That’s what a group of Ryerson professors are planning for Scotiabank Nuit Blanche. Business and technology editor Matthew Braga reports

Toronto Star – Andantephone brings church organ into 21st century (March 2010): Playing the pipe organ — it’s now as easy as walking. On Saturday night, some of Toronto’s most adventurous creators converge at St. Andrew’s Lutheran Church, at Jarvis and Carlton Sts., to apply a cutting-edge sheen on an instrument that’s anything but modern.

Toronto Life Magazine – The Emoti-Chair is No. 6 in Toronto Life’s 25 Ideas That Are Changing the World (December 2009)

YFile- York’s 50th: Fine arts professors explore the sound in silence (June 2009): “Step into the brain of a deaf dancer… For those with hearing…and those without.”

Newswise- Older Drivers May be Less Cautious at Night When Road Conditions Brighter (May 2009): Newswise — Older drivers tend to be less cautious behind the wheel when roadways are slightly more illuminated, according to a study released today by Ryerson University researchers.

Ryerson News- Sounds emotional Story by Dana Yates on Ryerson homepage featuring the SMART Lab’s program of research in music cognition (June 2009): An assistant professor in Ryerson’s Department of Psychology, Russo describes himself as a cognitive scientist, lifelong musician and armchair engineer. The Director of the SMART  lab, he is interested in how humans perceive and respond emotionally to music and non-verbal sound.

couple decades to 2009, and the same basic process is still happening, only now, it’s a little more sophisticated. It was recently announced that Clinton’s Tavern in Toronto will hold the first rock concert for the hearing impaired on March 5 with Fox Jaws, The Dufraines and Hollywood Swank among the performers.

The Guardian- First-ever concert for the deaf to be staged in Toronto (February 2009): The Emoti-Chair, an audio-tactile device developed by Ryerson University, promises to ensure good vibrations for the hearing impaired by translating live music into mechanical responses.

CBC News- Future of the landline Story by Nicole Tomlinson with interview on differences between face-to-face, landline, mobile and text-based communication (November 2007) 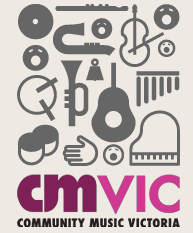 band live is a much more engaging experience than listening to a recording at home. But it’s not just the atmosphere of a live event, it’s also the singer’s facial expressions and gestures which enhances our emotional experience.

Toronto Star- Can you speak up? We’re snacking Article by Matthew Chung with a commissioned mini-study looking at the effects of snacking on ability to hear music and speech in entertainment venues (May 2007)

Walrus Magazine- Driven to Distraction Article by John Lorinc with interview on cognitive mechanics of distractions in our modern multimedia world. Nominated for a National Magazine Award (Science, Technology & the Environment) (April 2007)

NOW Magazine- Eardrums aren’t for beating Story by Elizabeth Bromstein, Volume 25, No. 30 about changes to the urban soundscape, its impact on communication and health, and design solutions for minimizing risk (March 2006)